Irish pronunciation: You can learn it. You CAN crack the code. And I’m going to tell you how.

In the 14+ years I’ve been learning Irish, I’ve noticed that, among learners (including myself), there’s a particular pattern of what I call “freakoutage” — i.e., things that make you clutch your hair and moan “Oh no! I’ll never learn this!”

It’s a very particular pattern, and it goes like this:

And it’s not just beginners! Far from it! In fact, I was once part of a class of advanced learners — people who can chat fairly comfortably on a wide variety of topics — who froze in wide-eyed, open-mouthed horror when the teacher cheerfully suggested “Let’s practice the modh coinníollach!”

(The modh coinníolach is the conditional verb form — would, could, should, etc. — and for some reason that I really don’t understand it strikes terror into the hearts of Irish learners everywhere).

At some point I hope to talk about each of these in this blog, but for right now, let’s start with the most basic.

The elephant in the room: pronunciation

Once you’ve cracked the code, it can be hard to believe that you ever struggled with Irish pronunciation.

For an absolute beginner, however, the first time you look at an Irish word and then hear it pronounced (and realize that nothing that came out of the speaker’s mouth sounded remotely as you’d assumed it would), the prospect of actually learning to speak the language can seem pretty overwhelming.

The truth is that Irish spelling and pronunciation are surprisingly regular, particularly when compared with English (the language that gives us “through,” “though,” and “tough,” to name just a few of English’s inconsistencies!).

You can learn it. You CAN crack the code. And I’m going to tell you how.

First, forget all you think you know

Usually the first thing I hear when I pronounce an Irish word for someone is “How can that possibly make those sounds?”

People tend to assume that letters have more or less absolute values, and that, perhaps with a few exceptions, they should sound more or less in one language as they do in another.

Language learners learn fairly quickly that that’s not always the case. Some letters and letter combinations in Irish sound like their counterparts in English, but many do not. Sometimes the difference is subtle and sometimes it’s quite marked.

Irish words also often seem to have more letters than they could possibly need.  One reason for this is an Irish spelling convention that dictates that a vowel on one side of a consonant or consonant combination must be matched with a vowel of the same type on the other side.

This rule is referred to as caol le caol agus leathan le leathan (“slender with slender and broad with broad”).  The “slender” vowels are i and e, and the broad vowels are a, o, and u. Often, when you find three vowels together in Irish, one of them is there simply to satisfy this spelling rule.

Add this to the fact that consonants and consonant combinations often make very different sounds to their counterparts in English, and you can find just about everything you know about spelling turned upside down.

It is so very tempting, when you hear an Irish word, to write it out using English phonics, or to ask the teacher to do so for you. So it may come as a surprise to you when I say that this is one of the WORST things you can do if you truly want to learn to read Irish as written.

There are a lot of reasons why writing things out “phonetically” is a bad idea. Here are just a few of them:

* Someone here is bound to mention IPA. Yes, the International Phonetic Alphabet is capable of representing pretty much any sound. It also takes just about as much time to to learn as Irish phonics, and presents the same problem as using English phonetics when it comes to putting a barrier between you and the written language. Save the IPA for another day.

So how do you learn to pronounce written Irish? The answer is so simple you’re going to think I’m pulling your leg. So simple, and yet so vital:

What you need to do is establish a link between the word as it appears, the word as it sounds, and the word as it’s said. There is absolutely no substitute for this kind of practice if you want to learn to read Irish as written.

Don’t sit there and think to yourself “How can this possibly be pronounced like that?” Just accept that it is and learn it. It really is just that simple, and you’ll be surprised at just how quickly it works.

Of course, there are details

They say the devil is in the details, and if you want this method to work well for you, you need to give that devil his due. If you go about this randomly, at best it will take much longer to learn and at worst you may find yourself so confused that you give up.

Here are a few words of advice:

It may be a cliché, but it’s true nevertheless. If you work like this a little each day, pronunciation of written Irish will come to you more quickly than you may have dreamed possible when you first began.

So what are you waiting for? Get out there, get a good learning method (if you don’t have one already) and start practicing!

And while you’re at it, don’t forget to have a wonderful St. Patrick’s Day! Lá ‘le Pádraig sona daoibh! 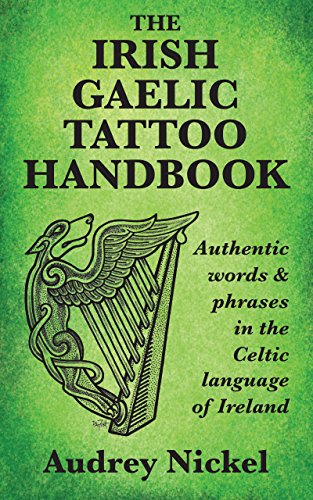